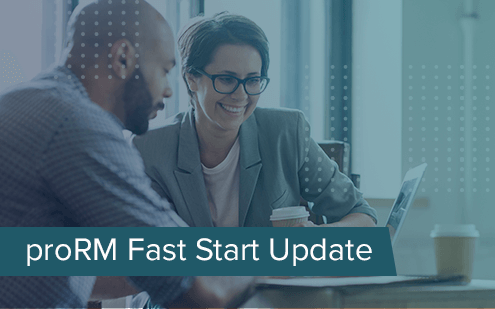 Our project management solution proRM Fast Start has received a big update. The Microsoft Dynamics 365 app is now available in the so called “Unified Interface” and several bugs have been fixed.

Unified Interface enables streamlined user experience on all devices and for all screen sizes. Until version 9.0 Dynamics 365 was only available in the Web Client. While this interface still works, it will be deprecated at some point in the future and replaced by Unified Interface (UI).

In line with the update, several bugs in the app were also fixed:

Is Artificial Intelligence on your business’s agenda?

Webinar: What you need to know to sell Dynamics 365 Project Operations and close deals effectively

Is Artificial Intelligence on your business’s agenda?